Puppet master Soros = Instructs CLINTON that “the U.S. and European Union must work in complete harmony over this,” exposing how far and wide his puppet strings extend.

FACT: SOROS = OWNS CLINTON with $10s of Millions to Clinton

CLINTON = Relationship with Soros revealed connections to other ZIO-MAFIA CRIMINALS around the world = Her international mega-donors who she SERVES WITH AMERICANS TAXPAYER MONEY AND WEAPONS & DIRECTIVES!

FACT: Clinton Foundation donors received arms deals from Clinton’s State Department. Algeria, Saudi Arabia, Kuwait, the United Arab Emirates, Oman and Qatar all donated generously to the Clinton Foundation and then gained State Department clearance to buy caches of high-grade weaponry, even as the department named and shamed them as corrupt, undemocratic states without civil liberties.

MEDIA = BLANK ON Election Fraud + BLANK on discussion of James Comey’s baffling recommendation not to prosecute + BLANK on Loretta Lynch’s evasive lies and collusion with Bill Clinton + DEPTH OF WIKILEAKS REVELATIONS OF CRIMES AGAINST AMERICAN TAXPAYERS.

FACT: Hackers = Broke biggest stories of 2016 = IGNORED BY ZIO-MAFIA MEDIA = COVERUPS FOR THE 0.01% WHO MANIPULATE FROM behind the curtain = Media narratives using their THINK TANKS

FACT: ZIO-MAFIA HAS BEATEN DOWN MOST AMERICANS WHO ARE TOO TIRED & DISTRESSED & OVERWORKED & BROKE & DEBT SLAVES & BEATEN DOWN TO CARE ABOUT ANYTHING BUT SURVIVAL! = “That’s just how it is!” = Exactly what those in power wanted all along. = NO ENERGY TO FIGHT THE CRIMINALS DOING THE CRIMES AGAINST US!

WAKE UP AMERICANS – FIGHT AGAINST THESE MAFIA SLAVE MASTERS And their New MAFIA World DICTATORSHIP.

HILLARY & TRUMP = MORE OF THE SAME 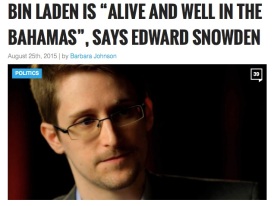 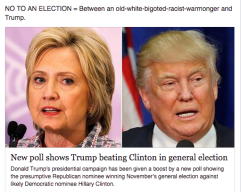 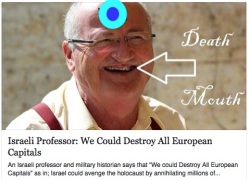