THE MAFIA STATE — THE ROTHSCHILDS ZIONIST MAFIA THAT IS!

Systems of Governance = Seized by a tiny cabal = MAFIA STATE

FACT: Reagan & GHW Bush & Bill Clinton = Promised the Zionist Pillage of the Super-Corporate Monopoly Rich will benefit everyone. TRICKLE DOWN & RELATED LIES TO ROB $TRILLIONS FROM THE AMERICAN PEOPLE!

LAST 15 YEARS = GW Bush and Obama = PROMISE things are getting better as they GET FAR WORSE AND THE MAFIA ROBBERY ACCELERATES!

FACT: The Super-Rich never have enough = A disease as THE ZIONIST MAFIA AND ITS CEO MANAGERS Demand and Receive ever MORE LOOTING AND PAY THAT FREQUENTLY EXCEEDS 300 to 500 TIMES THE PAY OF THEIR WORKERS! ONE YEAR OF CEO PAY = 500 YEARS OF A WORKERS PAY! = GIANT FRAUD!

EXAMPLE 2: Richard Fuld of BANKRUPTED LEHMAN BROTHERS received nearly half a billion dollars from 1993 to 2007.

EXAMPLE 3: TRUMP despite many bankruptcies was bailed out by the ROTHSCHILDS ZIONIST MAFIA REPEATEDLY WHILE TRUMP HANDLED THE DRUG MONEY LAUNDERING FROM 1978 ON! WILBUR ROSS WAS HIS MAFIA MANAGER AND IS NOW HIS SECRETARY OF COMMERCE! = STILL TRUMP’S MAFIA MANAGER.

FACT: List of financial titans who profited from a rigged financial system and fraud is endless.

FACT: ROTHSCHILDS ZIONIST MAFIA (RZM) & TOP 0.0013% ROB money by using lobbyists and bought politicians to write self-serving laws and rules and by forming unassailable monopolies. = Push up prices & lend money at 10% to 3,000+% USURY INTEREST TO ROB HUMANITY SO THEIR SUCKERS CAN PAY THE PRICES THEY SET!

FACT: RZM use their control of government and the courts to ship jobs to SLAVE LABOR LOCATIONS = Mexico + China + NEXT AFRICA = Wages as low as 22 cents an hour or LOWER in Africa. = American workers BECOME destitute and 50+% of Americans like at or in POVERTY in the RICHEST NATION IN HISTORY & THREATEN TO ROB AND DESTROY EVEN SOCIAL SECURITY AND LET MILLIONS OF CHILDREN GO TO BED HUNGRY!

FACT: RZM employ fevered speculation to promote mounting inequality using their MAFIA OWNED AND OPERATED two ruling political parties to COVERUP THEIR CRIMES and to oppress, corrode and destroy the mechanisms and institutions that allow HUMANITY to participate in this FAKED DEMOCRACY! = ANTI-HUMANITY!

FACT: RZM owned Politicians, from Reagan on, are handsomely rewarded for delivering their VICTIMIZED AMERICAN supporters to the corporate guillotine.

FACT: RZM corporate coup created a mafia capitalism say economists such as Karl Polanyi and Joseph Stiglitz. = This in turn created a AIPAC CORPORATE ZIO-MAFIA run political system = Local control by Goldman Sachs and the Clinton Foundation for MASSIVE $BILLIONS IN REWARDS + Soon Obama will get his MASSIVE REWARDS!

HISTORY: Adam Smith wrote that profits are often highest in nations on the verge of economic collapse. = Profits obtained by massively indebting the economy (ROBBING AMERICANS FUTURE) = Composed of Hedge Fraudsters + Bankster + Financial Criminals + MAFIA MONOPOLY COMPANIES = Makes money LOOTING HUMANITY and not by manufacturing products (Control of PRICES AND RENTS) = Examples include credit card companies with EVER MORE USURY INTEREST RATES! = Monopolies to gouge the public like BIG PHARMA example Mylan who raised the price of an epinephrine pen for life-threatening allergy reactions from $57 to $500+ over 10 years. = THIS LOOTING is counted as economic growth from FRAUD.

FACT: Productivity in America is income divided by labor. So if you’re Goldman Sachs and you pay yourself $100 million a year in salary and bonuses, you’re considered to have added $100 million to GDP, and that’s enormously productive. = YES THAT IS INSANE!

Michael Hudson = THE TRICKY PARASITES BECOME THE NEW FAKED ECONOMY = Author of “Killing the Host: How Financial Parasites and Debt Bondage Destroy the Global Economy.” = “We’re talking with circular reasoning here. So the issue is whether Goldman Sachs, Wall Street and predatory pharmaceutical firms actually add product or whether they’re just exploiting other people. That’s why I used the word ‘parasites’ in my book’s title. People think of a parasite as simply taking money, taking blood out of a host or taking money out of the economy. But in nature it’s much more complicated. The parasite can’t simply come in and take something. First of all, it needs to numb the host. It has an enzyme so that the host doesn’t realize the parasite’s there. And then the parasites have another enzyme that takes over the host’s brain. It makes the host imagine that the parasite is part of its own body, actually part of itself and hence to be protected. That’s basically what Wall Street has done. It depicts itself as part of the economy. Not as a wrapping around it, not as external to it, but actually the part that’s helping the body grow, and that actually is responsible for most of the growth. But in fact it’s the parasite that is taking over the growth…The result is an inversion of classical economics. It turns Adam Smith upside down. It says what the classical economists said was unproductive parasitism actually is the real economy. And that the parasites are labor and industry that get in the way of what the parasite wants, which is to reproduce itself, not help the host, that is, labor and capital.”

AIPAC ZIO-MAFIA ELITISTS HATE TRUMP = HE IS PART OF ANOTHER BRANCH OF THE ZIO-MAFIA THAT IS TOO VISIBLE + VULGAR + OBVIOUS + NOT REFINED + NOT IVY LEAGUE ENOUGH = HE EXPOSES THEIR SECRET PLUTOCRATIC & SECRET PARASITIC TRICKS FOR ALL AMERICANS TO SEE = A CRASS LOW-LIFE SCAMMING SCUM THAT THEY ARE!

Trump = Surrounds himself with half-wits, criminals, racists and deviants that “TELL IT LIKE THEY SEE IT!” + Ruthlessly seized control from the degenerated aristocratic elitists who are Killers + Pedophiles + Bigamist + SATANISTS + into Bestiality = Scum elevated to the highest level of the federal government and are ZIO-MAFIA MONOPOLY C’R’APITALISTS with ZERO MORALS & ZERO EMPATHY FOR NON-JEW HUMANITY! = FAR WORSE THAN ‘amoral’ psychopaths = “they are what comes afterwards (world collapse like USSR did under Jews): the creatures that emerge from the devastation, with the slime still upon their lips….social bottom, men to whom moral claims…sons of bushwhackers…taking over through the sheer outrageousness of their monolithic force.” — Howe wrote.

AIPAC ZIO-MAFIA = “They become presidents of local banks and chairmen of party regional committees, and later, a trifle slicked up, they muscle their way into Congress or the Politburo. Scavengers without inhibition, they need not believe in the crumbling official code of their society; they need only learn to mimic its sounds (like THE CLINTONS & OBAMA).”

TRUMP = The Snopes-like mentality of our president-elect is portrayed in a documentary movie, “The Queen of Versailles,” about another sleazy tawdry and insatiably greedy developer with a wife that is three decades younger. And like Trump uses bankruptcy or the threat of bankruptcy to protect his wealth. And like our next president he has a volatile and vicious temper.

HUDSON = “The great Roman historians Livy and Plutarch blamed the decline of the Roman Empire on the creditor class being predatory…The creditors took all the money, and would just buy more and more land, displacing the other people. The result in Rome was a dark age, and that can last a very long time. The dark age is what happens when the rentiers take over….”

1930s Leon Trotsky = Called fascism result of inability of the socialist parties to come forth with an alternative to neofeudalism (rollback to feudalism) with TAKEOVER of LAND & RESOURCES (WATER FOR EXAMPLE) financially by the ROTHSCHILDS ZIO-MAFIA = Finance is MAFIA TOOL of WARFARE against NON-JEW HUMANITY = TOOL OF LONDON & WALL STREET = TOOLS OF THE ROTHSCHILDS ZIO-MAFIA & THEIR THINK TANKS FOR EVERY SECTOR OF ECONOMIC AND PHYSICAL LIFE. = “…a replay in the financial sphere of what feudalism was in the military sphere.” = RESULS IN HORRIFIC POVERTY & CRUELTY UNDER A MAFIA DICTATORSHIP protected by the ZIONIST MAFIA state security and police state. = Like sixth-century-B.C. Athens who bankrupted the citizenry through state-sponsored theft, war, austerity and debt peonage. = Workers become serfs or slaves and the slightest criticism of the CRIMINALS is CRIMINALIZED & CRUSHED with ZERO Elitists constraints on their barbarism.

STOP THE SHORT SIGHTER THINKING OF “LESSER EVIL” OVER THE LAST 40 YEARS THAT HAS ENSLAVED AMERICANS AT AIPAC ZIONIST MAFIA $BILLIONAIRES! THIS IS A REVOLUTION!

I AM GOING WITH JILL STEIN AND THE FULL REVOLUTION!

CHRIS HEDGES ON THE BRITISH MEDIA SELLOUT OF THE DEMOCRATIC NOMINATION BEFORE THE LAST SIX PRIMARY STATES BY CALLING CROOKED HILLARY THE WINNER IN FIRST THE AP AND THE BBC = BOTH ROTHSCHILDS ZIONIST MAFIA CONTROLLED MEDIA!

ZIO-MAFIA MEDIA = MSM = WAS FULLY EXPOSED AS A PROPAGANDA AND ELECTION MANIPULATION TOOL OF THE ZIONIST MAFIA!

THE MEDIA IS SOLD OUT TO A ZIO-MAFIA CRIMINAL ELEMENT!

ROTHSCHILDS ZIONIST MAFIA BRITISH THAT IS = THAT IS THE MOB THAT IS WORKING SO HARD TO DESTROY AMERICANS FOR GREED AND FOR MAFIA WORLD DICTATORSHIP OF THE ZIO-MAFIA OVER ALL NON-JEW HUMANITY.

THIS ZIO-MAFIA HAS ROBBED AMERICANS OF $40.6+ TRILLION OVER THE LAST TWO DECADES AND MASS MURDERED 169+ MILLION NON-JEWS SINCE THE YEAR 1900.

HILLARY THE PROFESSIONAL CRIMINAL REJECTS MOST OF BERNERS PLATFORM!

HILLARY SAYS TO BERNERS: NOW THAT WE BEAT YOU = GET BACK IN YOUR CAGES AMERICANS! – CHRIS HEDGES

THE DANGER OF THE EXTREME BANKSTER WARMONGER “CENTER” (CLINTON) & THE RISE OF “RIGHT-WING FASCISTS” IN EUROPE AND AMERICA (TRUMP)! 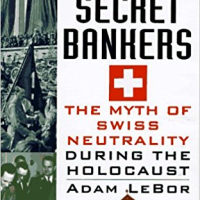 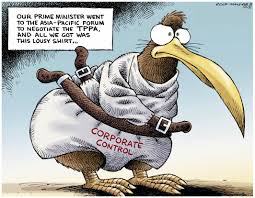 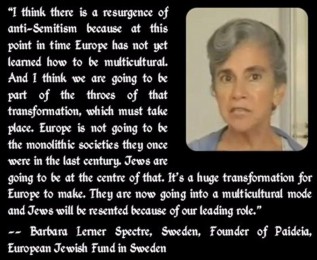 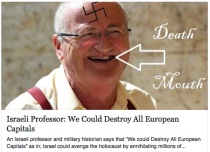 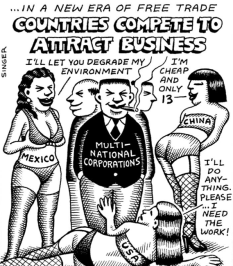 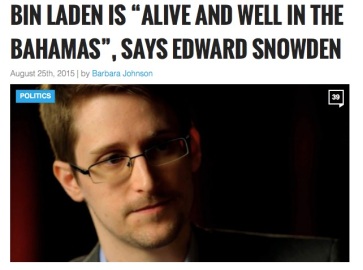 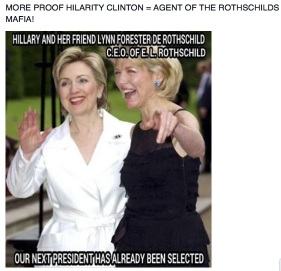 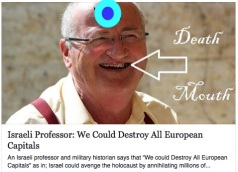