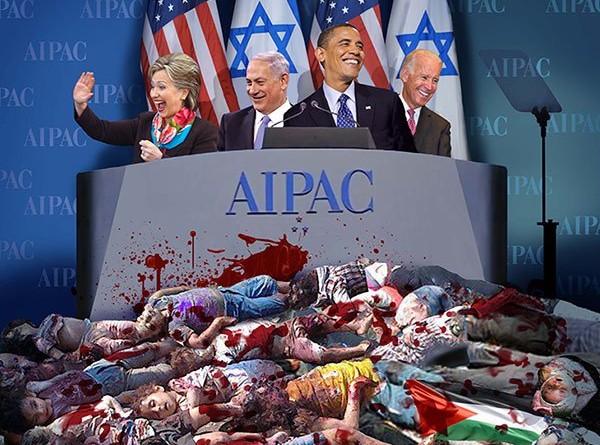 “I don’t care if Americans think we’re running the news media, Hollywood, Wall Street or the government. I just care that we get to keep running them.” — Joel Stein, Jewish columnist for Los Angeles Times in December 2008 — Let the TRUTH that Jews ran America out of the BAG!

THE LOSS OF OUR GOV + MEDIA + BANKING + SO MUCH MORE to Jewish infiltration and free money buying (FED RESERVE SCAM) was slow over decades and still most Americans are unaware we lost our American Democracy — Same thing happened in Germany & Russia. NOW AMERICA!

1952: “The goal for which we have striven so concertedly for three thousand years is at last within our reach. I can safely promise you that our race will soon take its rightful place in the world, with every Jew a king and every Gentile a slave.” — Rabbi Emmanuel Rabbinovich, speech to European rabbis in Budapest, Jan 12, 1952

AMERICA = NOW A ROTHSCHILDS JEWISH MAFIA COLONY OF LONDON & ISRAEL Ruled by a Jewish elitist BANKSTERS, beyond the reach of international law and hated throughout the world. BUT ZERO CONCERN FOR THAT IS A BADGE OF HONOR FOR THESE JEWS!

FACT: Israel = America’s albatross SOON TO FINISH OFF AMERICANS LIKE THEY DID TO GERMANS & RUSSIANS

Germany = Even now is thoroughly browbeaten and terrified of their Masters in London & Israel. Another ROTHSCHILDS ZIONIST MAFIA cash cow. Eustace Mullins wrote and talked about this 25 years ago = “To finance the State of Israel, which was created as a direct result of the Jewish victory over the Christian nations in World War II, Jews…now imposed enormous “reparations” demands on the conquered German people. To date, they have extorted more than $35 Billion from German workers, money which has been collected at the points of bayonets, not Jewish bayonets but the bayonets of the American Army, which has been maintained as an OCCUPYING FORCE (for Jews) in West Germany for nearly four decades, solely to provide military power behind the puppet German Government which has as its primary function the furnishing of money for the parasitic state of Israel.”

Norman Finkelstein’s mother ask after she had been cheated out of her reparations money by the CRIMINAL RABBIS who administered the Holocaust Fund: “If everyone who claims to be a survivor actually is one, who did Hitler kill?”

VENGEFUL JEWISH Morgenthau Plan = A Collective punishment against the German people for the crimes of Hitler, that was to turn post-water Germany into “the largest concentration camp on earth” for the LITERALLY STARVING GERMAN PEOPLE! = “The Jew Morgenthau wants to turn Germany into a giant potato patch.” — Goebbels noted

1991 = German chancellors were still being forced to sign an “act of submission” to their Allied JEWISH MAFIA conquerors.

Jews devised the tortures, and mostly Jews gave the orders to RAPE and MASS MURDER ethnic Russians. = Yuri Slezkine’s candid quote: “Anyone who had the misfortune to fall into the hands of the Cheka stood a very good chance of finding himself confronted with and possibly shot by a Jewish investigator.” Only 16 real Russians & one Black were inside the 388 members controlling the new revolutionary government in Russia. The Jews hid behind new names: Lenin was originally Ulyanov, Trotsky was Bronstein. Not one of these Jewish revolutionaries was willing to go under his own Jewish name. Under Stalin, merely to say an officials was Jewish resulted in the death penalty.

FACT: Historians prove that many of the Jews propping up the Bolshevik torture and execution of Russian Christians, were actually shipped in from the East Side of New York.

FACT: Jewish Bankster JACOB SCHIFF = HELPED FINANCED the Russian Revolution from his base in Wall Street—with an AMAZING at that time $20 million

Sept 1918: The well-known French journal, L’Illustration = “When one comes in contact with the functionaries serving in the Bolshevik Government, one feature strikes the attention: almost all of them are Jews. I am not at all anti-Semitic, but I must state what strikes the eye. Everywhere—in Petrograd, in Moscow, in provincial districts, in commissariats, in district offices, in Smolny, in the Soviets—I have met nothing but Jews and again Jews.”

IS AMERICA NEXT TO FALL? = “Once we squeeze all we can out of the United States, it can dry up and blow away.” — Israeli Benjamin Netanyahu, 2002

#3 IMBEDDED IN AMERICA = A MANY ARMED NETWORK of Jewish Organizations & CRIMINAL RUN BANKSTERS & BUSINESSES = ROBBING AMERICANS OF $TRILLIONS IN WEALTH + JEWISH AIPAC RUNS BOTH MAJOR PARTIES & OUR GOVERNMENT = PROTECTED BY LAYERS OF SCUM LIKE JEWISH ADL TO FULLY CONTROL the entire country with its HIRED mercenary and morally bankrupt politicans.

FACT: Jews achieve almost complete control of Germany and Russia even without the Jewish state of Israel in 1948.

FACT: ISRAEL = JEWISH EXECUTIVE & MILITARY POWER IS Exponentially LARGER NOW THAN IN EARLY 1900s = With their 4th largest military based in the HEART Of the Middle East & Armed with the deadliest nuclear warheads aimed at European capitals and NEW GERMAN SUBS to DESTROY much of the United States = SAMSON OPTION.

ISRAEL = Killed Americans in cold blood in the USS Liberty attack of 1967 and would happily do that on a much vaster scale if ever America became the object of their hatred.

FACT: ISRAEL was GIVEN BY BRITISH TO THE ROTHSCHILDS ZIONIST MAFIA on the understanding that most JEWS would go there to live and leave the rest of the world Jew-free. = NEVER HAPPENED but ISRAEL is their ESCAPE HATCH SECOND HOME!

ROTHSCHILDS themselves keeps a helicopter & Jet ready at all times to flee if things get out of hand.

FACT: Most Jews prefer NOT to live in the Israeli New homeland on the tacit understanding that they had to go and live there, the Jews were clearly under an obligation to do so. The object of the exercise is otherwise defeated. So why is it that 58 percent of the world’s 14 million Jews now live in America and Europe and only 37 percent in Israel? It certainly needs to be asked: why were the Palestinians expelled from their own country in order to accommodate another people who mostly choose to liveelsewhere?

Israel’s first president, Chaim Weizmann, wrote in his memoirs: “Whenever the quantity of Jews in any country reaches the saturation point, that country reacts against them. [This] reaction…cannot be looked upon as anti-Semitism in the ordinary or vulgar sense of that word; it is a universal social and economic concomitant of Jewish immigration, and we cannot shake it off. — Chaim Weizmann, Trial and Error (1949).

Herzl wrote that Anti-Semitism is, “an understandable reaction to Jewish defects…I find the anti-Semites are fully within their rights.” — Herzl diary

FACT: ISRAELIS TERRORIZE PALESTINIANS WITH MASS CHILD MURDERS & Palestinian Women are raped by Israeli military & Children are kidnapped in the middle of the night & Elderly are beaten & Palestinian HOMES are CONFISCATED and sometimes burned to the ground & And WEEDIND (MASS MURDERS ARE CONDUCTED EVERY COUPLE OF YEARS!

Alison Weir Notes = The UN General Assembly recommended (WITH MASSIVE JEWISH BRIBERY) the creation of a Jewish state in part of Palestine but it was non-binding and never implemented by the Security Council.

Rothschilds Zionist Mafia Landgrabbers = Viewed by AMERICAN MAFIA ELITISTS LIKE HILLARY & BILL CLINTON in such high esteem & Spat on Palestinian victims spurned at every opportunity + Supported by Jewish-owned mass media that have managed to convince the world that they are the Ultimate Victims.

Finkelstein = Openly expresses his concern over the cheap exploitation of Jewish suffering and calls the Holocaust a major industry used as moral blackmail and carte blanche for monstrous crimes. = “We may murder with impunity, because the Holocaust museum is on our side”. — Israeli writer Ari Shavit

JEWS = The Enemy Within and a wealth of evidence proves that the presence of Jews in large numbers in any given country has always had catastrophic consequences for that country. — Weizmann and Herzl quotes above

Organized Jewry = Spreads its influence far and wide via the internet, newspapers, magazines and books. Hollywood, its most effective hasbara agent to POISON the minds purposely ill-educated masses = Lies and distortions & Freudian Talmudic amorality. In England they even push to normalize pedophilia.

ZIO-MAFIA GOAL: World wide Triumph of Jewry with subjugation and enslavement of the entire non-Jewish world. Palestine is a small stepping-stone & their base of World State HQs operations for the conquest of the rest of the world with Jerusalem as their WORLD CAPITAL and end Christianity and replace it with Jewish Talmudic Theocratic Rule. = “Palestine is not the ultimate goal of the Jews; the world is.” — Israel Shamir

Since 1968: 98% of Americans have suffered gradually worsening quality of life, as Jewish influence has grown.

MAFIA moved from domination of Germany and Russia to the domination of America. = Specter of an American dystopia: a Third World country hardly worth living in under rapid purposeful diminishment using JEWISH GLOBALIZATION and DIVIDE & CONQUER strategies.

FACT: American taxpayer pay $12 million an hour just to keep US troops in Afghanistan, a country America decided to invade on a rollercoaster of neoconservative lies. = An Israeli mission force that incredibly, America’s closest ally, Israel, has yet to contribute a single soldier to their FAKED wars in Iraq and Afghanistan.

FACT: JEWS fight with their keyboards and pens with EXTREME LIES AND PROPAGANDA that mostly makes NO SENSE to 98% of Humanity = They beat the war drums the loudest and profit the most from the wanton slaughter of non-jewish innocents, with Americans paying and fighting and dying for JEWISH GOALS. = The END of the American Dream thanks to JEWISH GREED AND HUNGER FOR WORLD DOMINATION!

Dr Lasha Darkmoon is an academic and writer. 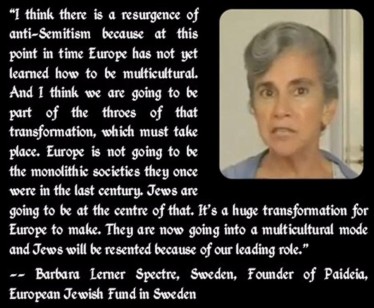 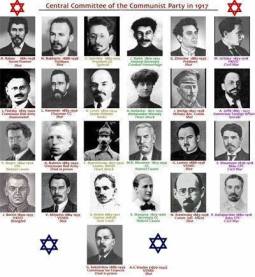 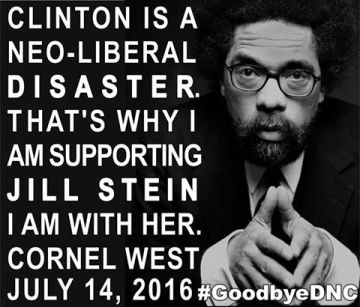 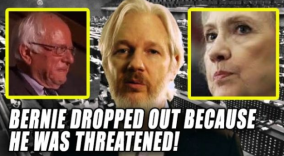 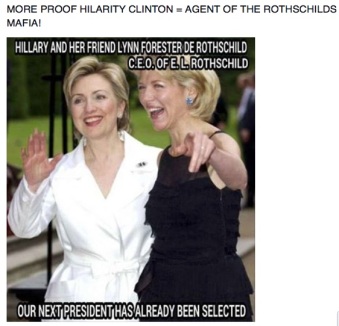