US COURT SYSTEM A FARCE – “The Ordeal of Stanley L. Cohen” by Chris Hedges

“The Ordeal of Stanley L. Cohen: Justice as Farce” by Chris Hedges Oct 5, 2014 on TruthDig

Click for Source Article by Chris Hedges on TruthDig

STATE-CORPORATE LEGAL CAMPAIGN = Silence the handful of activist attorneys who defend those demonized by the government.

STATE-CORPORATE LEGAL CAMPAIGN = NOW are after Stanley L. Cohen because he defends the ELITIST CHOSEN Unpopular = So GOV-CORP ATTACK THEIR LAWYERS = US LEGAL SYSTEM AND JUDICIARY = A FARCE.

COHEN = Furiously for 25 years has battled back against the excesses of state power = Worked as an attorney for the leaders of Hamas, including Mousa Abu Marzook = Cohen prevented extradited to Israel after he was detained at Kennedy Airport in New York.

COHEN = Represented the Kuwaiti-born cleric Sulaiman Abu Ghaith, who was the son-in-law of Osama bin Laden and a spokesman for al-Qaida.

COHEN = Abu Ghaith, who requested that Cohen handle his case after he was extradited from Jordan to the United States, was sentenced in September to life in prison.

COHEN = Represented hackers, Occupy activists, the homeless, anti-war protesters, Muslim clerics, American Indian activists, Weather Underground members including Kathy Boudin, members of the Black Liberation Army and some of those who were charged in the 9/11 attacks.

COHEN = Brought a federal suit in D.C. to bar Israel from receiving U.S. aid, charging that the Israeli government carried out a “program of killing, torture, terror and outright theft” against the Palestinians.

COHEN = Defended the PayPal 14 in Northern California, a Muslim radio station in South Africa and the accused in a “terrorist” case in Romania and has an ongoing case against Egypt in the African Union for its closure of the Rafah border crossing into Gaza.

COHEN = Often worked on cases with Lynne Stewart, who was convicted of supporting terrorists by passing to the press some messages from her client, the blind sheik Omar Abdul Rahman = Disbarred as a result and was sentenced to 10 years in federal prison before being released in 2013 because she has cancer.

COHEN = A protégé of the attorney William Kunstler, with whom he defended Mohawk Indians who mounted an armed uprising in 1990 on a reservation in Quebec. = Cohen reach his clients in a canoe while surrounded by Canadian army troops = Was indicted by the Canadian government for his work on behalf of the Mohawks during the uprising and charged with “seditious conspiracy,” although he was later cleared.

COHEN = Banned from Israel and Egypt because of his defense work.

COHEN = INDICTED in Two U.S. federal district courts on tax-related charges, claiming, in essence, that he did not file tax reports for some of his income as an attorney = “politically motivated” and was “tired of wasting so much time, energy and resources in a personal defense with no realistic end in sight.” = Accepted a plea agreement with the government April 14. = WILL PROBABLY SERVE 18 MONTHS IN PRISON.

STATE-CORPORATE LEGAL CAMPAIGN = Past few years was designed to “wear me down and silence me, although it won’t.” = “The harassment began over 10 years ago when the Department of Justice began an investigation to attempt to charge me with material support for terrorism because of my work as an attorney for a variety of groups, especially Hamas and Palestinian national liberation movement that I am proud to be associated with and defend.”

FBI in the late 1990s began to question Palestinian activists in Virginia and Chicago about Cohen’s role was with Hamas = “Fishing for anything they could use against me.”

COHEN = WITCH HUNTER Assistant U.S. Attorney Gordon Kromberg = Witch hunts against numerous Muslim activists including Dr. Sami Al Arian has a picture hanging in Kromberg’s office showing Cohen with two of his clients who were later assassinated = Each client has an X marked on his face and Cohen’s face is marked with a circle.

COHEN = Believes those targeted by US + Israel have a right to defend themselves = Finds their acts of resistance an undeniable heroism.

COHEN = says “The biggest tripwire in the Middle East is the inability of the West to communicate with, understand and deal realistically with liberation movements, and especially Palestinian liberation movements.” = “There will be no peace in the Middle East until there is justice for the Palestinian people. I have been associated with Hamas for 20 years. I have spoken at their seminars and attended their gatherings. I know the Hamas leadership. Hamas is a dynamic national liberation movement. It is not hierarchical. It has a singular commitment to a homeland for the Palestinians….Any people under occupation have a right to resist. In fact, they have an obligation to resist.”

COHEN = Courts have become less and less hospitable to contrarian defense attorneys since 911 = Nearly impossible for those under terrorism charges to mount adequate defenses = SAMs = Special administrative measures are used to prevent or severely restrict defendants from communicating with other prisoners and attorneys, relatives, the media and others outside jail.

COHEN = Says Defendants must endure around-the-clock electronic monitoring and lockdowns for 23 hours a day = Extreme sensory deprivation to break defendants before they enter a courtroom = A form of ISRAELI DEVISED TORTURE used commonly in Israel and NOW US.

COHEN = Statements, beliefs and associations once protected under the Constitution are now considered criminal. Those branded by the state as dissidents, even those who break no laws, can be stripped of their rights and imprisoned without due process.

COHEN = UNDER 911 LAWS US detains and prosecutes many who have done nothing and never planned to do ANYTHING can be held INDEFINITELY because of religious or political beliefs = First targeted have been racial Muslims.

FACT: LIKE ISRAEL = WITH 911 US HAS ADOPTED ISRAELI LAWS Codifing judicial lynching = Legal equivalent of pre-emptive war. = USED on Many activists in the environmental, anti-globalization, anti-nuclear, sustainable agriculture and anarchist movements are discovering.

COHEN = “You need friction to make justice work, but the state is determined to remove any friction. They do not want anyone to confront them, much less expose what they are doing. We have lost judge after judge that was willing to hear counterarguments. These judges have been replaced with former Wall Street lawyers, political hacks, those who are owed political favors or those who benefit from political patronage. These [newer] judges played the game. They sold their souls years ago. And justice is not really their concern. You go up against them and you hear the echo chamber of the state.”

COHEN = Corruption of the law AND LEGAL SYSTEM = USED to advance the interests of ZIONIST Corporate Elitists = Uses Harsher and Harsher measures on a restive population.

COHEN = DESPOTIC RULE in the courts by Radicals who see the function of the courts is to thwart justice. = Forces heroes like COHEN to counter this judicial despotism with GREAT Antagonism toward power.

EVOLUTION TOWARD SUPREME EVIL AND POWER BY THE FASCIST STATE:

“The supreme law of the State is self-preservation at any cost. And since all States, ever since they came to exist upon the earth, have been condemned to perpetual struggle—a struggle against their own populations, whom they oppress and ruin, a struggle against all foreign States, every one of which can be strong only if the others are weak—and since the States cannot hold their own in this struggle unless they constantly keep on augmenting their power against their own subjects as well as against the neighborhood States—it follows that the supreme law of the State is the augmentation of its power to the detriment of internal liberty and external justice.”

COHEN = Raised in a Jewish orthodox household but who is avowedly secular, nevertheless finds meaning in his religious roots. But he is “not a Jew who believes in the Judaism espoused by the generals of the Israel Defense Forces.”

COHEN = Says authentic Judaism, means “standing with the oppressed, the disadvantaged and the disaffected.” = Comes with a price. 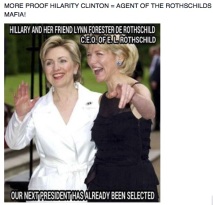