KOCH Brothers = Campaigns in Kansas + North Carolina + Arizona + Other states = TAX CONSUMERS who save and save PLANET with SOLAR.

GW Bush June 11, 2001 = “Concentration of greenhouse gases, especially CO2, have increased substantially since the beginning of the industrial revolution. And the National Academy of Sciences indicate that the increase is due in large part to human activity.”

KOCH Brothers = Dispute that utilities get a share of power from renewable sources.

Net Metering = Guarantees homeowners or businesses with solar panels on their roofs have the right to sell any excess electricity back into the power grid at attractive rates.

Net Metering = Benefits to solar customers bring benefits to a regional power supply to fully defray the cost of the incentive.

DIRTY ENERGY = ON THE WAY OUT WITH THE GOP

Daddy won’t you take me back to Muhlenberg County
Down by the Green River where Paradise lay
I’m sorry, my son, but you’re too late in asking
Mister Peabody’s coal train done hauled it away

When I was a child, my family would travel
Down to western Kentucky where my parents were born
To a backwards old town that I’ve often remembered
So many times that my mem’ries are worn

So daddy won’t you take me back to Muhlenberg County
Down by the Green River where Paradise lay
I’m sorry, my son, but you’re too late in asking
Mister Peabody’s coal train done hauled it away

Oh daddy won’t you take me back to Muhlenberg County
Down by the Green River where Paradise lay
I’m sorry, my son, but you’re too late in asking
Mister Peabody’s coal train done hauled it away

Oh daddy won’t you take me back to Muhlenberg County
Down by the Green River where Paradise lay
I’m sorry, my son, but you’re too late in asking
Mister Peabody’s coal train done hauled it away

UPDATE:   WHAT CAN WE DO TO REDUCE CLIMATE CHANGE?

2. TAR AND CHEMICALS – DIRTIEST OIL ON EARTH – PIPE LEAK COST $1 BILLION TO CLEAN UP AND KALAMAZOO RIVER IS STILL POLLUTED

3.  DOES NOT HELP AMERICA AS IT WILL BE SHIPPED TO ASIA TO SUPPLY MORE SLAVE LABOR FOR WALMART JUNK.

US BIG OIL = Sold onto the world market = Oil profits TO MULTI-NATIONALS + Toxins TO OUR KlDS in US.

“60 Minutes” HIT JOB on Green Energy = Drawing sharp criticism for misleading info = MAKES UP “The Cleantech Crash” phrase against renewable clean energy = a “hit job,” a “debacle,” an “about face” and even “Dumb & Dumber Part 3.”

75% of all venture-backed businesses fail = Wall Street Journal explained in 2012.

60 Minutes LAZY = In two minute call they could have gotten facts straight = Ken John, a VP of the Solar Energy Industries Association = “America’s solar energy industry just closed the books on a record-shattering year in 2013.”

“60 Minutes” did itself a disservice by combining venture capital and federal support for green technology.

“60 Minutes is flat wrong on the facts…The clean energy economy in America is real and we are increasingly competitive in this rapidly-expanding global industry. This is a race we can, must and will win.”

6 true facts you need to know about this new “War of the Worlds” = Final war between OLD CONSPIRING Big Money VS. ECO-ACTIVISTS and 98+% of Climate Scientists.

Fact 1: Wall Street’s fictional record highs are a fantasy. But, for now, they control the medium = Majority of global “collective unconscious” actually believes what they hear from the news anchors = 2013 was the best year since late 1990s. But suppose an Orson Welles’s “War of the Worlds”–style cut-in: “We interrupt this program …” An alien invasion of Planet Earth, but today’s “alien invasion” is capitalism, attacking, dominating, depleting world resources. Main Street investors are the losers on an inflation-adjusted basis as Wall Street actually LOSTS $TRILLIONS in Main Street Retirement Funds for 95 Million Main Street Investors with inflation.

Fact 2: Global warming is as deadly as 400,000 Hiroshima A-bombs every day. Facts really are stranger than fiction – James Hansen, former head of the NASA Goddard Institute for Space Studies posted it on ThinkProgress.com from a 2012 TED Talk – dangerously overheating our world, day after day after day. Big Oil is fighting to keep that info off Big TV News. But Big Money can’t afford to lose the “War of the Worlds” so most never heard that fact.

Fact 5: 2013 was worst year in human history for climate change:  ThinkProgress’s “nine major reasons climate change, and the carbon pollution that drives it, helped make 2013 one of the worst years in human history.”   Global CO2 levels hit 400 parts per million in 2013 for the first time in recorded history – Big TV News will NOT broadcast this message about how 9O COMPANIES cause climate change.

Fact 6: Both worlds are losing this new ‘War of the Worlds’ – The old conspiracy of Big Money–Big Oil–Big Government–Big TV Networks spend megabucks to control your mind, to manipulate what Carl Jung called the collective unconscious. Just 90 organizations with a war chest of trillions are spending billions every day to get you to ignore that rate of 400,000 A-bombs a day – and YOUR collective unconsciouses – your mind – to KEEP WELFARE, NEAR ZERO REGULATION, AND ZERO TAXES.

Until then, the impact of those 400,000 daily atomic bombs exploding on Planet Earth remains in force, and the Big Money–Big Oil–Big Government–Big TV Networks conspiracy will keep winning. And Planet Earth will keep losing, unfortunately. 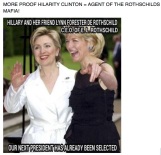 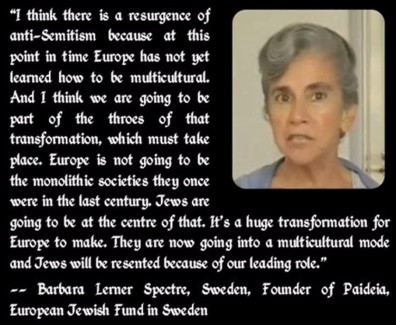 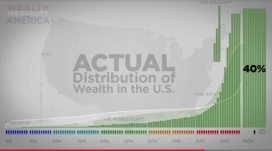 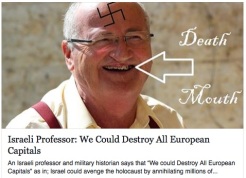 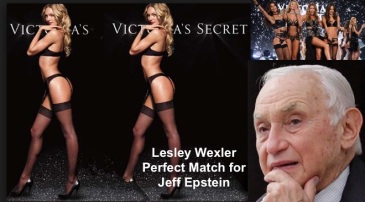